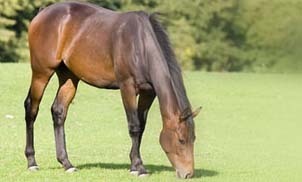 The present study offers further evidence that empathy is a critical variable in both the understanding and treatment of animal abuse. Previous studies have shown high empathy among animal activists and low empathy in individuals who abuse animals. Here, using a general population (non-clinical and non-advocate) sample, the authors find that empathy (as distinguished from four other major personality variables) correlates with positive attitudes toward animals.

Welcome to a world of changemaking. For the next two weeks we welcome you to explore, with changemakers around the world, the topic of Empathy.   Do you want your children to be tolerant, compassionate, and kind? Do you worry about bullying? …

One of the most important findings of modern brain research was the discovery of mirror neurons. First observed in monkeys, these are neurons in the motor cortex which fire to produce an action but which are also seen to fire at a much lower level when…

This column is written by Craig and Marc Kielburger, founders of Free The Children and Me to We, a social enterprise… The key is to tilt the balance toward compassion through your parenting. We’ve heard countless great stories of creative p…

When Facebook engineer Arturo Bejar observed users were reporting pictures of themselves, not those with illegal content, he recognized the need for a better way for users to resolve internal conflicts.See it on Scoop.it, via Empathy and Compassion