Home » News » Ameri-Khan:  lack of fraternity and empathy in the United States that makes this ship of state so land-locked; violent and aggressive 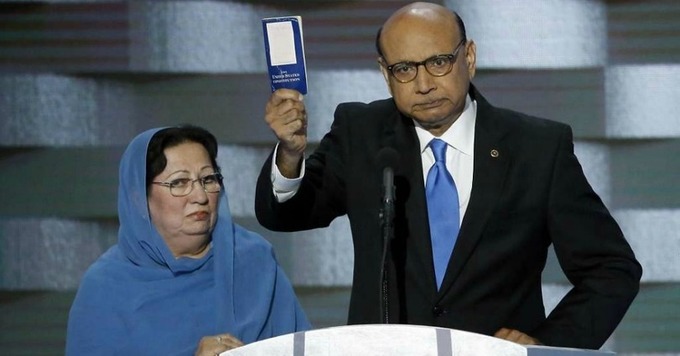 It was as if he was chastising, “are you part of this family or aren’t you?” The genetic knot for this country is painted in words. This man chooses his words in an interesting and poetic way.

But beyond that, his call for empathy is the most stunning contrast to the man he was addressing.

It’s the lack of fraternity and empathy in the United States that makes this ship of state so land-locked; violent and aggressive. Trump has captured that gas – uses it as fuel and has called his legions of similarly stunted citizens to his side.

He relishes the practice of humiliation. Fears humiliation. Empathy is an annoying speed bump toward victory.

Mr. Khan’s prescription for leadership is the right one. Empathy and moral compass. Can it work in the United States? Can it work in a hyper-capitalist militarized system? It would be a transcendent contradiction if it could. This moment might be ripe for it.

Ubuntu says that we cannot exist as a human being in isolation. We are interconnected. We are family. If you are not well, I am not well.When Ubuntu is your core value you recognize your shared humanity. You cannot live in Ubuntu and violate the dignit…

A compassion-based meditation program can significantly improve a person’s ability to read the facial expressions of others, finds a study published by Social Cognitive and Affective Neuroscience. This boost in empathic accuracy was detected thro…

Recent research suggests even doctors are biased against overweight and obese people. These prejudices can have dangerous consequences, here’s why we need to start talking about weight stigma in a better way. News outlets across the globe hav…

Varieties of Empathic Experience”Empathy” has of late late become a kind of buzzword in both popular and intellectual culture. Part of this study will analyze the complex of reasons to which this should be attributed. It will also document various unde…