Home » News » Actor: Susan Sarandon – I’m an actor because I have very strong imagination and empathy 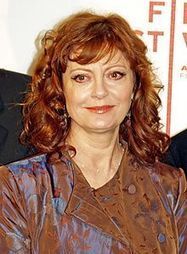 The Academy Awards ceremony (The Oscars) are coming up in a couple of weeks.. Thougth I’d look at what some actors have to say about empathy.

“I think I’m an actor because I have very strong imagination and empathy. I never studied acting, but those two qualities are exactly the qualities that make for an activist.” Susan Sarandon

“When you start to develop your powers of empathy and imagination, the whole world opens up to you.” Susan Sarandon

The lessons she hopes to pass on to her children.

The Power of Design ThinkingDesign thinking is a process that employs “creativity grounded in user insight, empathy, visual storytelling, prototyping, and innovation,” as Chen describes it. “It is powerful because it’s a specific, actionable approach t…

Until now, little was scientifically known about the human potential to cultivate compassion — the emotional state of caring for people who are suffering in a way that motivates altruistic behavior. A new study by researchers at the Center f…

Concordia University researchers have published a study in the journal Psychopharmacology that suggests an intranasal form of oxytocin can improve self-perception in social situations.   Oxytocin, is a natural hormone released by the body to ease…

The second thing we need to do as fathers is pass along the value of empathy to our children. Not sympathy, but empathy – the ability to stand in somebody else’s shoes; to look at the world through their eyes. Sometimes it’s so easy to get caught…