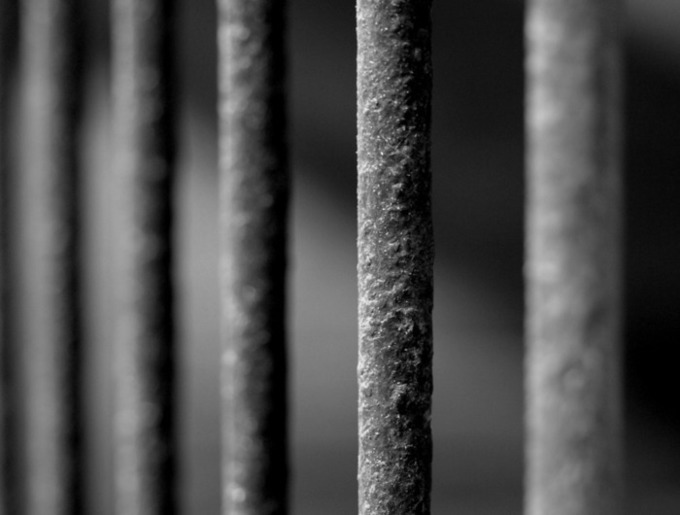 Aren’t they awful? Aren’t they appalling? How could they? They must be monstrous, evil, inhuman. The only way to deal with such people is to stand up to them, destroy them, send them a message, take a stand, deter them, show them it isn’t acceptable, hold them to account. Any other response is soft, weak, naïve.

How many times have we heard this narrative repeated? A horrible event occurs: the downing of a jetliner, the murder of three Israeli teenagers, the destruction of the twin towers, gas attacks in Syria… and immediately the press and political classes pump up the narrative that whoever committed this atrocity did so because they are bad people – bad people who implicate a whole class of bad people that must be overcome with force.

The diagnosis is simple – evil – and the solution is straightforward – force and the threat of force.

In the case of Malaysian Airlines Flight 17, we see the usual formula in action. They shot down a jetliner! They knew what they were doing! Then they covered it up! And they’ve taken the flight recorders! The rebels are destroying the evidence! Putin bears direct responsibility! One gets the impression of a band of gibbering fiends, rubbing their hands together in glee as they celebrate mass murder.

That the MH17 narrative outlined above suits U.S. geopolitical ambitions is no secret (see Patrick Smith’s forthright and brave article for a taste, as well as this item-by-item account of the propaganda efforts to construct that narrative). Beyond that, it also conforms to a deeper, less obvious mythology that divides the world into good and evil (always putting oneself and one’s in-group on the side of good) and that seeks to improve the world by conquering evil. This is a kind of empire-justifying meta-narrative that we see all the time, for example in the War on Terror and the War on Drugs, in discourse about criminal justice and immigration, in the militarization of police, in the justification for mass surveillance… the world is a place of danger and threat, and that security and well-being comes through being in control. (We see it as well, for that matter, in our dominant systems of medicine, education, and agriculture.)

Fail to go along with that view, and you are named soft, naïve, unrealistic, a liberal, a dupe. Should you question it publicly, you are also an impediment to a foreign policy that sees America as Good and any opposition to “U.S. interests” as proof of evil.

There is an alternative view that doesn’t dehumanize the perpetrators of atrocities and render them into cartoonish villains of the type that appear in James Bond movies. It says that evil is not an elemental aspect of the human psyche, but is the product of context. It therefore seeks first to understand. What is the context? What were the circumstances from which it seemed right for a human being to launch the missile?

Ultimately it comes down to the question, “What would it take for me to have made the same choice, were I in that person’s shoes?” That is what I mean by understanding, or compassion. Of course, sometimes it may elude us, and sometimes even achieving it, we may not see the possibility of anything but a force-based response. Nonetheless, to see violence as arising from context invites a different first reaction: rather than to find the one to blame, it is to seek understanding.

Barely mentioned in most of the articles in the mainstream media is the information that the missile crew thought they were downing a Ukranian military transport plane. It was similar to the American downing of Iranian Airlines Flight 655 in 1988, resulting in nearly identical loss of life.

That incident was “deeply regretted” by the United States, but nowhere was it treated as a casus belli or cause for sanctions against the U.S. It was understood that in tense military situations, horrible things happen.

Does it sound like I am excusing the act? Am I saying we should do nothing about it? Only if one equates “doing something” with punishment. Ah, but if we don’t punish, then nothing will deter such acts in the future, right? Well, that is true if the reason for such acts is that the perpetrators are just evil. But if they are not, if in fact they are acting as human beings in such circumstances act, then another kind of response might be warranted.

After all, the dehumanization of the perpetrator is of a kind with the dehumanization of the enemy, of the Other, that motivates and justifies war in the first place. We have been fighting wars to overcome evil for a very long time. This year is the 100th anniversary of World War One, the “war to end all wars.” Given the legacy of that failure, by now one would think we would try another approach.

In that spirit, let me offer a modest proposal for how to deal with the MH17 tragedy. First, announce that those responsible for launching the missile will be immune to any prosecution or punishment if they agree to participate in a Restorative Circle process. Then, gather them together with families of the victims, representatives of the warring sides, and observers from around the world. In the Restorative Circle, each involved party tells his or her story, and agrees to listen to the stories of everyone else. Each has a chance to show their feelings and have their feelings witnessed.

This proposal applies equally if the airliner downing were the doing of elements in the Ukrainian government (while there are some indications of this, I am skeptical –  most conspiracy theories underestimate the power of human bureaucratic incompetence and folly.) If that is the case, we might be tempted to turn the same tactics of demonization toward the perpetrators of the tragedy, and not see that they, too, were acting from a story in which what they did seemed justified for the sake of a greater good.

Ancient circle practices for addressing conflict, revived today by people like Dominic Barter, breaks the cycle of violence, judgement, dehumanization, and retribution. It is a very powerful experience. Wait, you might say, the perpetrators haven’t been punished! True, they have not. But what is the goal of punishment? One is to stop them from doing it again, but confronting the agony of the victims’ families in a circle held with non-judgmental compassion is life-changing. The second goal of punishment is to deter others from committing similar crimes. But that goal depends mostly on the supposed evil of the criminal, who is assumed to be making some kind of self-interested calculation before committing the crime. Come on, really? Is anyone going to think, “Well, I’d sure like to shoot down this jetliner, but I might get executed so I’d better not?” I think a far better deterrent to violence is to see, up close, the humanity of those we have dehumanized. Witnessing a Restorative Circle accomplishes that.

If you discard this proposal as naïve, you are surely in good company. Consider though: what have been the results of thousands of years of war and punishment? Have we ever tried this before for an incident of geopolitical importance? Imagine the effect on the world if we paused from battle and,with the whole world watching, created a space for shared grief, forgiveness, and repentance? It would be an audacious experiment. I can’t guarantee it would “work,” but we’ve been trying the alternative – the war on evil – for thousands of years.

The hope is that someday we might win the war on evil and the world will finally be a better place. To do that, we have to be more vigilant, more efficient… for example, we can collect data on every human being on the planet, constantly monitor their whereabouts, and develop the capacity to kill them with the press of a button. That way, evil will have no chance. At the same time, we can educate evil out of people as much as possible and lock up the incorrigible.

A good plan. Unfortunately, as even those who implement it know, the war on evil will never succeed. We soldier on with the weary knowledge that the best we can do is stem the tide through a ceaseless and unwinnable struggle. This is just the way the world is; it is the human condition.

Is it though? Occasionally we catch glimpses of a different possibility: moments of unexpected forgiveness, reconciliation, peace, or a change of heart in situations where no one could reasonably expect anything but the same old cycles of violence. Are we to dismiss these as anomalies?

Exceptions to human nature? Or could it be that they point to something real, a more beautiful world, if only we would accept their invitation?

There is no formula for how to do that, or rather, there are many formulas, processes, and practices. All of them start with a perception: that we all share fundamental needs; that evil is a product of circumstances; that if I were in the totality of your circumstances, my brother, I would do as you do; that we are all in this together.

I do not, of course, expect any government leader to read this article and say, Hey, let’s give it a try. My purpose is to insinuate this way of thinking a little more deeply into the minds of whoever reads it, because its time will come. After thousands of years, we are growing tired of the war on the Other in all its permutations. The time of no enemies is coming, when we realize that we are all in this together and that each one of us is capable of any act.

Jane Shaw, Dean for Religious Life at Stanford University, describes her Thinking Matters course on Empathy. This course will introduce freshmen to a range of ways of thinking about empathy. How do we know and understand the other? How does knowl…

Think you need that new iPad? Reckon you like more expensive wine? The range of marketing strategies you face can have a profound influence on your purchasing decisions.   Slouching your way to work through the grey city streets, you spy one of t…

The latest from Stanford’s compassion research center CCARE (The Center for Compassion and Altruism Research and Education)   I feel delight knowing that there is such a thing at Stanford!See it on Scoop.it, via Radical Compassion