Home » News » A refugee, like me: why the Golden Rule matters in an era of mass migration 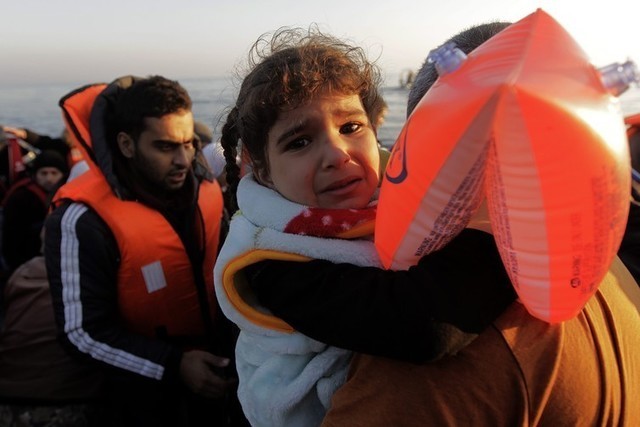 As the refugee crisis worsens, various “destination” countries, including Australia, are engaging in internal debates around multiculturalism, integration and tolerance. People are worried about cultural cohesion, racial divides and religious differences.

As we approach these debates, psychological research can remind us that tolerance of differences, including racial and cultural divides, is a function of moral reasoning and behaviour. The archetypal example of tolerance – the Golden Rule – is based on perspective-taking, reciprocity, altruism, care and empathy.

“Love thy neighbor” is preached from many a pulpit. But new research from the University of California, Berkeley, suggests that the highly religious are less motivated by compassion when helping a stranger than are atheists, agnostics and less religiou…

Here’s an interview I did with Lorraine, she has a lot of hands on experience with empathy and conflict resolution. She’s also a wonderful storyteller. Lorraine Segal & Edwin Rutsch: Dialogs on How to Build a Culture of Empathy Sonoma State Univers…

Empathy is a term much used in popular culture and professional circles. Yet it remains one of the most misunderstood tropes. Most people confuse or conflate empathy with sympathy; though related, these involve somewhat radically different affecti…

Friends and family of Kayla Mueller react to news of her death in Syria, confirmed Tuesday. “Kayla had such great empathy and this is hard to find that in this world. It is really rare and it was her greatest strength. She had this amazing ab…