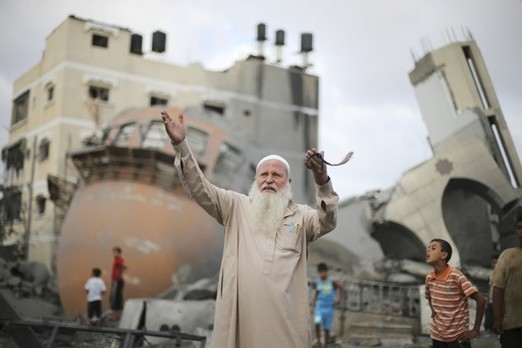 The violence in Gaza has only empowered radicals, says a Palestinian professor who took his students to Auschwitz.

Finally, the world’s empathy for the human suffering in both Israel and Palestine should encourage democratic governments, such as those in the United States and the European Union, not to remain bystanders—not to be pro-Israel or pro-Palestine, but rather to be pro-moderation, pro-democracy, pro-peace, pro-reconciliation, pro-humanity. In this way, they can be pro-Israel and pro-Palestine simultaneously

by Francesca Happé Empathy is an interesting thing. We may think we “neurotypicals” are socially skilled, but in fact our empathy is limited by many factors.Work by cognitive neuroscientists Professor Tania Singer at the Ma…

Why Would Meditation Make Us More Willing to Act Compassionately?At this point, we don’t know exactly why meditation is increasing compassion. My suspicion is that it’s one of two mechanisms.The first has to do with its ability to incr…

As local markets demand more of global companies, corporate leaders must become more like corporate statesmen, an Insead professor believesSee it on Scoop.it, via Empathy and Compassion

I have a tendency to talk incessantly aboutempathy.  And if you’re my devoted readers, you know that empathy means conveying that you really understand another person’s point of view, completely.  You don’t have to share the same pe…