Home » News » A historical epistemology of empathy from Darwin to de Waal: primates and perspective-taking after World War II 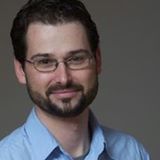 Much overlooked in Darwin’s theory of natural selection is his argument for the origin of social instincts that gave rise to shared common feelings between animals in a group. For Darwin, the “moral sense” had its foundations in the pleasure an animal felt from their social community and their identification with the internal state of others, or perspective-taking. From this followed the emergent instinct to “perform various services for them,” a trait that was promoted through natural selection when groups with a high level of reciprocation “would flourish best and rear the greatest number of offspring.”

This concept subsequently formed the basis for Peter Kropotkin’s 1902 work Mutual Aid: A Factor of Evolution, first appearing as a series of articles in The Nineteenth Century beginning in 1890, and culminating in his posthumous work Ethics: Origin and Development in 1924. Both Darwin and Kropotkin emphasized that adopting the perspective of another was a natural evolutionary strategy and formed the basis for the modern conceptions of social duty and justice.

READ OUR REPORT AND PLAN http://startempathy.org/sites/default/files/StartEmpathyReportandPlan.pdfA world of rapid change is a complex landscape to navigate. In the past, we had hierarchies in our societies and institutions that kept the world org…

Empathy by Roman Krznaric is what I call ‘pop-philosophy’. Like the popular works of Bertrand Russell and Alain de Botton it’s easy to read, and it tackles the sort of every day philosophical issues that ordinary people…

Stop making this about you. Team members led by empathetic managers — who listen, hear, and take in what others think and feel — work in more productive, innovative, and satisfying ways. Empathy leads to power for many reasons. Pe…

Our leaders lack empathy. That, in a sense, is one of the conclusions of a new study published in Personality and Social Psychology Bulletin.The study assigned participants the task of creating a compelling argument to win over subjects with oppos…