Home » News » 7 weird things money does to your brain 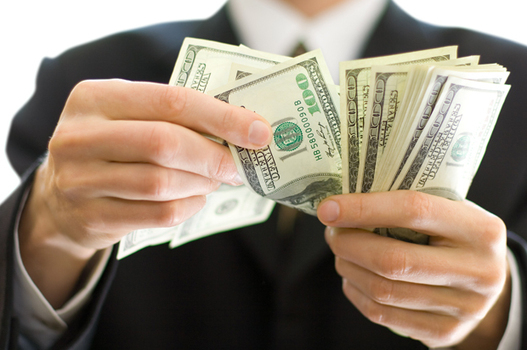 Money is packed with meaning, and it impacts our personalities, our relationships, and how we think.  As you might imagine, a lot of stuff is going on in our brains when we think about money, and some of it is surprising. Researchers in the emerging field of neuroeconomics are drawing on psychology, neuroscience, and economics to give us picture of the human brain on money. Let’s take a look.

According to research, money actually reduces empathy and compassion. One of the key ways humans feel empathy is through reading the facial expressions of other humans. Seeing that someone has a sad face triggers you to feel sad, too. But if you’re rich, not so much. Michael Kraus, the co-author of a study discussed in Time, told the magazine that people with fewer economic resources are conditioned to respond to numerous vulnerabilities and threats, which means they have to be more attuned to social cues. “You really need to depend on others so they will tell you if a social threat or opportunity is coming and that makes you more perceptive of emotions.” Rich people can just sail along without worrying about so many threats, so they tend to ignore how others feel.

Money also makes people behave more aggressively towards others. Even fake money can do it: in a UC Berkeley study, researchers watched two students playing Monopoly, one with much more Monopoly money than the other. At first, the inequality seemed to make the richer student uncomfortable, but soon enough the student with more money got aggressive, smacking his pieces around and taunting the impoverished player. Paul Piff and his fellow psychologists have consistently found that high socio­economic status and interpersonal disregard are closely linked. So much for noblesse oblige.

The loss of money is known to share a similar psychological and physiological system with physical pain. Researchers have found that money is actually a pain buffer. In one experiment, participants were asked to rate their response to hot water after counting money. The more money counted, the less pain felt. On the other hand, people who had recently lost money rated the hot water as more painful.  Research also reveals that the anticipation of pain heightens the desire for money.

People also hate losing money more than they love making it.
Psychologist and Nobel laureate Daniel Kahneman has suggested this aversion to loss may have evolutionary roots. For the primitive human, threats or losses were a higher priority than opportunities, because an opportunity might come again, but a threat could be your last.

Just thinking about money can cause you to behave unethically. Researchers from Harvard and the University of Utah found that people were more likely to lie and make immoral decisions after being exposed to money-related words. The mere exposure to the concept of money set off a “business decision frame” in study participants, causing them to think narrowly in terms of cost-benefit calculations and further their own interests without giving a damn about moral niceities.

Money makes you dangerous, too. Researchers at Berkeley observed crosswalks in San Francisco and found that people driving luxury cars were three times less likely than those in more modest vehicles to give the right away to pedestrians, and they were four times more likely to cut off other drivers.

4. The more money you make, the more you think about money.

Conventional wisdom holds that the more of something we have, the less important it’s supposed to be to us, but that’s not true with money. Jeffrey Pfeffer, a professor of organizational behavior at Stanford Graduate School of Business, found in his research that the more money people are paid for each hour of work, the more important that money becomes. And because money paid for work becomes strongly connected to people’s feelings of self-esteem and self worth, it can never be enough. The more we get, the more we need, and the more we focus on it.

This paradoxical experience was summed up by Daniel Vasella, the former CEO of Swiss pharmaceutical behemoth Novartis AG: “The strange part is, the more I made, the more I got preoccupied with money,” he told Fortune. “When suddenly I didn’t have to think about money as much, I found myself starting to think increasingly about it.”

Pfeffer is pretty straightforward on what he thinks we could do about skyrocketing executive compensation and its destructive social and psychological effects: “We would do what we have done with other addictive substances — tax it. That’s what public policy has done in the past to restrict the use of legal drugs like alcohol and nicotine — we tax them.” Good idea!

5. Men with a lot of testosterone do weird things with money.

Neoclassical economists have often argued that people will naturally seek financial gain, no matter how small, and will do so in a rational manner.  But psychologists have found otherwise.

The Economistmagazine describes an ultimatum game in which one player divides a pot of money between himself and another. The second player then chooses whether to accept the offer. If he rejects it, neither player benefits. Curiously, a low offer is usually rejected, despite the fact that rejecting the offer means that the players will get zilch.

Terence Burnham of Harvard University observed male players and compared their testosterone levels using saliva samples. Turns out that the ones who refused a stingy final offer had an average testosterone level more than 50 percent higher than the average of those who took it. The reason appears to be that the high testosterone people would rather accept less themselves than see a rival get ahead. They seem to be programmed to seek social dominance, and they will behave irrationally trying to get it.

Marketers know that we spend more with credit cards than we do with cash — 12 to 18 percent more, according to a Dunn & Bradstreet study.

That’s because our brains feel like the money associated with plastic is an issue for the future rather than the present. Reward cards trick us even further, making us feel that in addition to not really spending money today, we’re getting stuff back through miles, points, and whatnot, which induces us to spend still more.

The idea of putting off consequences, which is linked to plastic cards, is so strong that it carries over into other decisions. A 2013 study in the journal Obesity found that children who pay for school lunches with credit or debit cards buy less healthy foods, like desserts over fruits, compared to those paying with cash.

7. The wealthy are perceived as evil-doers.

Americans are supposed to worship the wealthy, but according to research presented inScientifc American, most of us would be glad to see them suffer. Studies show that lower-income people dislike and distrust rich people, so much so that we get a kick out of their struggles. University of Pennsylvania research revealed that most people tend to associate perceived profits with perceived social harm — and according to research mentioned above, they are very well-justified in this perception.

When participants in the U Penn study were asked to rate various real and made-up companies and industries, both liberals and conservative participants ranked institutions thought to have higher profits with more evil and wrong-doing across the board, regardless of the company or industry’s actions in reality.

Wharton’s Sigal Barsade says demonstrating “companionate love” in the workplace is vital to employee morale, teamwork and customer satisfaction. Already, though, the research seems to be pointing to a strong message for managers…

This might appear to be utopian thinking, but we need to dream and we will get there! If we instill pride in being non-violent, in being compassionate, in being helpful to others, our lives will take a new direction.Jim Manske’s insight:Amen.See it on…

Lying less may be associated with significant benefits to both our physical and mental health, according to a recent study presented at the American Psychological Association’s 120th Annual Conference.   During the conference, researchers from th…

See on Scoop.it – Restorative Communication from the article by Debbie Andalo in the Guardian: The shape of the youth offending service […]