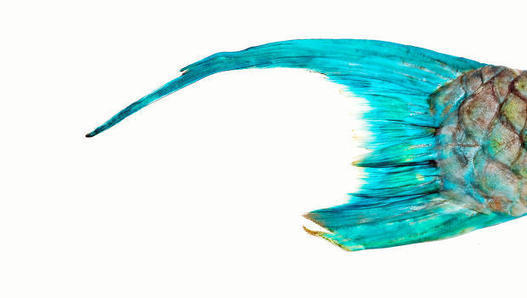 On April Fool’s Day 2011, I was unexpectedly diagnosed with early-stage invasive breast cancer. As a freelance writer with a career I love and a family that depends on my income, I spent most of the year juggling surgeries, chemotherapy, and radiation with assignments, interviews, and youth soccer schedules. Throughout, friends and colleagues seemed surprised that I remained relatively active and pretty optimistic.

What else was there to do, I wondered. Taking to my bed for the better part of a year wasn’t an option for my personality or my bank account. Why not look at the bright side of early diagnosis and great prognosis and keep going? During that time, I contributed to two books, wrote dozens of articles and ended the year with a clean bill of health.

Since then, I’ve been more curious than ever about why some people persevere through trying circumstances while others begin flailing at the first sign of crisis. I wondered if there were commonalities among resilient people and whether it’s possible to develop those qualities and strong points. The answers, according to the experts, are yes and yes. Here’s what those never-say-die folks have in common–and how you can develop them for yourself.

1. THEY BUILD RELATIONSHIPS. People who bounce back tend to have a network of supportive people around them, says Michael Ungar, Ph.D., co-director of the Resilience Research Centre at Dalhousie University in Halifax, Canada. For some people, that’s a close-knit family, but for others it’s a carefully cultivated group of friends, colleagues, mentors and others who actually care and are willing to help. Ungar says he’s seen the tendency to seek out support sources in children as young as five years old: When the family unit isn’t functioning in that way, children tend to reach out to coaches, teachers or other adults as a support network. Similarly, resilient adults seek out others who care about them who can offer emotional, professional or other assistance when times get tough.

2. THEY REFRAME PAST HURTS. Lorenn Walker had just left a hotel bar one night in 1976 when an unknown assailant nearly murdered her. He fled, but she was left badly injured, needing surgery on her face. Her recovery took four months. Through therapy and willfully refusing to be mired in fear and resentment, she was able to “reframe,” or think about the situation in a different way. Instead of resenting the scars and the fearful memories, the Waialua, Hawaii, lawyer and counselor sees the attack as the catalyst that led her to her work in what she calls restorative justice–counseling prisoners and victims of violent crime in how to make peace with the past and cultivate meaning in their lives. “You have the power to determine how you’re going to look at a situation, and you don’t give that power to other people, particularly people who are bad or who hurt you,” she says.

3. THEY ACCEPT FAILURE. Paul LeBuffe lectures about resilience as part of his role as director of the Devereux Center for Resilient Children, a Villanova, Pennsylvania, facility that works with educators and mental health professionals to develop more resilient children. It’s not uncommon for his audience to include young people who were highly successful students, but graduated during the recession and are devastated at their inability to find jobs. “They don’t know how to cope with the fact that they didn’t get the first job they applied for. So we hear a lot about these young people sitting in their parents’ basements playing video games,” he says. If you don’t give yourself the opportunity to fail sometimes and accept it as a part of life, you’re going to struggle with bouncing back, LeBuffe says. Successfully emerging from failure develops the ability to be optimistic that things can be bad now, but they’ll be okay eventually, he says.

4. THEY HAVE MULTIPLE IDENTITIES. If you get most of your self-worth from your job and you get fired, you’ve suddenly lost both your source of income and a big part of your identity, says Ungar. Resilient people often have a number of areas from which they get their sense of self-worth, says Ungar. They may have deep friendships or family connections, strong faith, or a leadership role in the community. They’re better able to bounce back, because even if one goes away, they still have a sense of connection and being valued from those other areas, he says.

5. THEY PRACTICE FORGIVENESS. Whether it’s forgiving yourself for a failure or forgiving someone else for an injury or injustice, being able to let go of past hurts and move on is an essential component of resilience, Walker says. When you find yourself “ruminating about grievances and negative stories, you have to just stop yourself and remind yourself of what you have to be grateful for,” she says. If you’re not a naturally forgiving person, this takes practice, but it is a skill that can be mastered, she adds.

6. THEY HAVE A SENSE OF PURPOSE. LeBuffe says resilient people have a sense of purpose that helps them analyze their situations and plot the next moves. This stems from a set of values that is unique to each individual. When you know what’s important to you, whether it’s family, faith, money, career, or something else, you can prioritize what needs your attention most immediately to help you get back to where you want to be. That goes for organizations, as well. When everyone knows the ultimate goal, they can make meaningful contributions. When they don’t, they’re mired in indecision.

“If the people who work in a company don’t know the values, they’re paralyzed. They have to keep coming back to senior management to say, ‘What about going after this market?’ or ‘What do you think about extending credit another 30 days?’ instead of being able to act adaptively,” he says. “It’s the same for people. You have to know what’s important to you to be able to take action.”

Last week, Brené Brown’s new book, Daring Greatly: How the Courage To Be Vulnerable Transforms the Way We Live, Love, Work, Parent, and Lead, hit the shelves. I couldn’t wait to read this book, because I’m such a fan of Bren&e…

Passionately argued, impressively researched, and filled with indelible stories of real people, Quiet shows how dramatically we undervalue introverts, and how much we lose in doing so. Taking the reader on a journey from Dale Carnegie’s birthplac…

The morning of day twelve of the Occupy Wall Street protest, a few people are waving signs and shouting slogans. Mostly, though, everyone is just hanging out. They take naps, play board games, and pick up books from the haphazardly organized libra…

Be aware of the insidious and unspoken lessons you learned as a child. To thrive in the world outside the classroom, you’re going to have to unlearn them. Dangerous things you were taught in school:   1. The people in charge have all the ans…