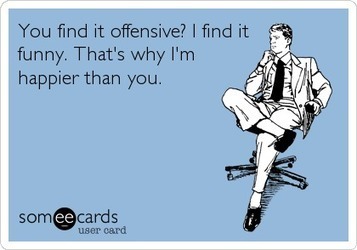 In her book Positivity, professor Barbara Frederickson provides a number of positive thinking exercises to increase happiness and good feelings.

I’ve covered a lot of this research before so most of it wasn’t too surprising to me… but three of them threw me for a loop.

I looked up the studies to verify. Sure enough, they were all the real deal:

1) Be Sincere Or Your Heart Will Explode

Faking smiles is going to lead to a coronary? Really? How will I ever make it through the holiday season this year?

Sounded like bunk to me, so I looked it up. She’s right:

The authors examined whether facial expressions of emotion would predict changes in heart function… Those participants who exhibited ischemia showed significantly more anger expressions and nonenjoyment smiles than nonischemics.

Frederickson says if you can keep smiling during the bad times, you’ll recover from them faster.

…scientists who have studied the emotional upheaval of bereavement have found that people who experience at least some heartfelt positivity intermixed with their grief recover far faster.

Wait, I’m supposed to smile when I’m feeling miserable? That sounds crazy and will make me look like a serial killer.

3) Count Every Single Kind Thing You Do

Frederickson says you should keep a tally of the good things you do for people.

When my collaborators and I have asked people to become more aware of their kindness toward others, keeping a daily tally of each and every act of kindness, their positivity rises considerably.

Many people I know would almost never have to count past one or two but that’s beside the point. I’m really supposed to keep a running tally all day?

That’s insane. But it works:

I read a lot of research but sometimes things surprise me too.

And smiling when he feels lousy…

And I’ll be holding a calculator.

Writing lists forecasting technology is a bit like writing science fiction. Prerequisites include intimate knowledge of the bleeding edge…See it on Scoop.it, via Radical Compassion

The secret to lasting happiness might be neatly summed up in a cheesy neuroscience joke: “The neurons that fire together, wire together.” “It’s a classic saying, and it’s widely accepted because it’s very true,” neuropsychologist…