Home » News » 3 Insights From The Frontiers Of Positive Psychology 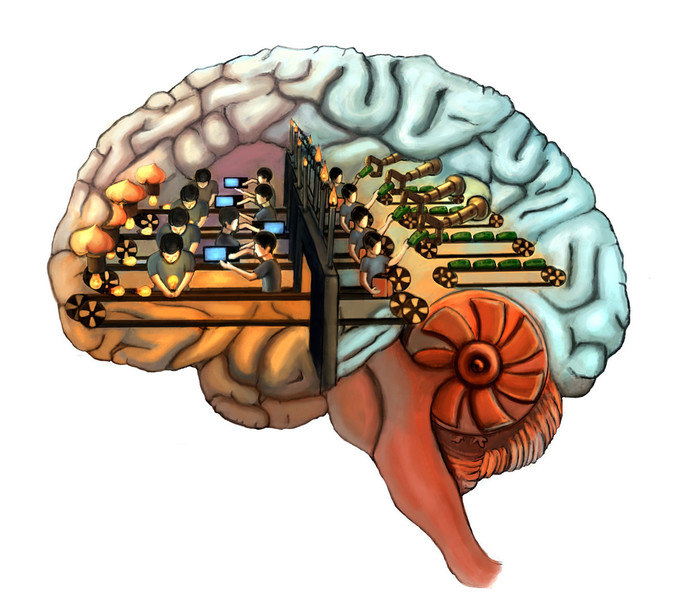 Fifteen years after emerging as a major scientific movement, it’s clear that positive psychology — the study of what brings happiness and meaning in life — is not just a fad. The field is reaching new levels of breadth and depth: Having established its core themes and principles during its first decade, it is now getting deeper and more precise in its exploration of what it takes to truly flourish in life.

As Vallerand suggests, the leaders of positive psychology have always prided themselves on delivering scientific findings with clear practical applications. Here are three of the most striking and practical insights I took away from the Congress.

1. Look to the future for a meaningful life.

Now-familiar research shows that we are happiest when we live in the present and that practicing mindfulness — which involves tuning in to our thoughts, emotions and sensations in the present moment — is good for our bodies, brains and relationships.

But in their IPPA keynote, Martin Seligman and Roy Baumeister, both giants in the field of positive psychology, argued for the importance of focusing on the future. Looking ahead, they believe, can bring meaning to our lives — a school of thought they call “prospective psychology.”

The core of this concept is that it becomes a lot easier to understand some of the complexities of the human mind once you consider that we evolved to predict the future — and that doing this well is key to survival. “So intelligence isn’t about what you know,” said Seligman, “but about how well you can predict an act in the future.”

But how can Baumeister and Seligman advocate thinking about the future when so much prior research stresses living in the present? Baumeister noted that almost 40 percent of people who report having a happy life also report having a meaningful life — a pretty significant overlap, but it still leaves a large gap. That sparked some musing on the differences between happiness and meaning.

And focusing on the future — and the feeling that one has control over one’s future — seems to be linked with meaningfulness.

“Hoping, planning, saving for a rainy day, worrying, striving, voting, risking or minimizing risk, even undertaking therapy all have in common the presupposition that which future will come about is contingent on our deliberation and action,” Seligman and Baumeister write in a paper published this March.

So while happiness may be all about the present, meaningfulness may be found in the future. Only by connecting the two can one find the greatest meaning, purpose and happiness in life.

2. Detaching from work is a good thing … for most of us.

Americans tend to be a hard-working bunch. Only 57 percent of U.S. workers take all the vacation days they are due, according to a 2010 Reuters/Ipsos poll.

But our inability to detach psychologically from work may be hampering our happiness, according to researcher Sabine Sonnentag of the University of Konstanz in Germany.

While the positive psychological effects of vacations are actually short-lasting — studies show that four weeks after a vacation, workers are back at pre-holiday exhaustion level — Sonnentag has found that those who detach from work on a regular basis have a lower level of emotional exhaustion and higher life satisfaction.

Sonnentag defines detachment as a sense of “being away from work.” While this feeling has different sources for different people, it could include staying off work email and not thinking about work in the evenings and on days off.

Detaching from work allows individuals to feel recovered and refreshed, Sonnentag said, which then allows them to have more energy and be more efficient in their work lives.

Sonnentag says detachment from work seems especially important — not surprisingly — when job stressors are high. Indeed, the more time pressure employees feel, the less able they are to detach, which leads to a negative spiral of stress and rumination.

Supervisors should take note: Being realistic about deadlines may make for a more efficient operation.

But not everyone feels the benefits from detachment: Employees who have strong positive emotions toward work — such as firefighters who feel their jobs provide a positive social impact — may benefit more from not detaching. For this group, the positive feelings they have during the day spill over into evening rest time, and detaching can actually negate those positive feelings.

That said, while each individual needs to assess his or her own need for detachment, for most of us, periodically disconnecting from the stress of work and the burdens of technology — for example, by taking a Friday night family break from all electronics — is probably an important way to guard against burnout — and make us better workers.

Bonaiuto, of the University of Rome, studies how the physical components of our environment are linked to and affect our mental states and social interactions. When an individual’s biological or psychological needs are met by the resources available in the environment — green spaces, physical layout of infrastructure, well-tended buildings — there is good “person-environment fit” that leads to greater well-being.

When evaluating neighborhood livability and quality of life, environmental psychology has tended to focus on the negative — risks such as air pollution, traffic noise and light pollution.

But Bonaiuto urged us to look at our living environments through the lens of positive environmental psychology, focusing on how positive features in the environment can boost life satisfaction, such as by offering opportunities for physical activity and chances for social interaction.

For example, neighborhoods that have green and open outdoor spaces have been shown to reduce their inhabitants’ stress; the exercise, gardening and walking activities afforded by green spaces lower levels of the stress hormone cortisol and improve cognitive function. Another benefit of green spaces — especially in deprived communities — is the opportunity for social connection and greater feelings of safety.

This “user-friendly” approach to planning and urban design can allow people to experience the best “fit” with their environment, from their home to their neighborhood to their city — all part of a complex system of urban pragmatics.

In this way, Bonaiuto was affirming a theme I heard often at the Congress: the power we have to shape our happiness and the happiness of those around us. Whether as individuals or working together as groups, the presenters emphasized, we can affect our external environment and internal landscapes for the better.

Impact Makers consults for the rich, and gives to the poor. Is this the future of philanthropy?   Michael Pirron is the cofounder and CEO of Impact Makers. His company is a management consulting firm much like any other, but for one extreme disti…

Parents, grandparents, caregivers, teachers, and anyone else in frequent contact with kids can all stand to learn more about how to stay calm. No-Drama Discipline offers example-backed tools to help us discipline children in a supportive…